What is the REPDEV Network? 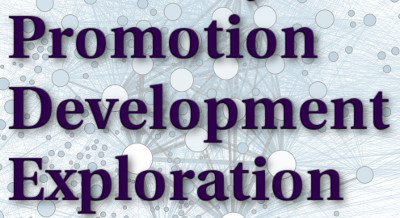 This is the first post in the following series:

What is a reputation economy?

Reputation can have an influence on your wealth and vice versa. It is certainly possible to “buy” reputation with lots of money, though that effort may sometimes be problematic and even backfire. What is much more interesting is the other direction of influence: How does reputation influence wealth?

So, let’s use a rather general, albeit somewhat fuzzy, definition of a reputation economy:

An economy is a reputation economy if reputation-wealth coupling is predominantly direct and strong.

Effectively, this means that people can make a living out of having a good reputation alone!

Recent books like The Reputation Economy by Michael Fertik and David C. Thompson and Reputation Economics by Joshua Klein point out that this prospect may be closer than most people realize. The importance of reputation is ever increasing in our more and more online-centric world. But the real revolution is still to come, and the REPDEV Network is there to bring it forth!

What is a reputation economy good for?

So, if we have a reputation economy, what is it actually good for? Can it solve all of the problems in the world? Nope, but it can solve some of them!

Well, it’s an phenomenon that arises for goods that are easily reproduced and transmitted, like information, or digital goods. With our ever advancing technology more and more goods are digital or can be digitized:

All of these goods can nowadays be copied and shared for virtually no cost. That is absolutely awesome! However, creating those goods in the first place does cost a lot of time, effort, and usually also money. So, the creators of these goods need a way to cover their costs. And this is where artificial scarcity comes into play: Instead of giving away their products for free, creators make their products artificially scarce in order to sell them on a market for a relatively high price that is in no relation to the actual cost of copying and transmitting the product in question! This is an issue that has been examined, among others, in the book The Zero Marginal Cost Society by Jeremy Rifkin.

Now, how do they make their products artificially scarce? By making it hard or illegal to copy their products without their permission! The tools for that are copyrights, intellectual property legislation, and digital rights management. Sure, that is an approach that works to some degree, but it is an unnatural solution that reduces potential technologically enabled abundance to politically enforced artificial scarcity. But is there any better solution?

But how would reputation actually create wealth for content creators in reality? To understand that, I will introduce the concept of reputation incomes:

The idea of a reputation income is rather simple: You get a regular income in proportion to your reputation. For that to work, your reputation needs to be quantified somehow. And there also needs to be a source of that income. But let’s stay with the first requirement for a while. How can reputation be quantified? Well, we could simply count Facebook likes of posts made by one person to get a basic reputation index for that person. The platform Klout uses a more sophisticated algorithm based on social media activity to quantify the reputation of registered persons. Still, this approach might not seem adequate enough to get a really meaningful quantification of someone’s reputation.

It gets even better! There are multiple ways in which a reputation economy can enable voluntary basic incomes:

Of course, these different approaches can be used in parallel and complement each other. They could even be used in addition to a more conventional universal basic income.

Once the importance of reputation rises, it becomes much more imperative to increase one’s reputation than to increase one’s conventional monetary incomes. This means that everyone will have a strong incentive to maintain a good reputation. Since unethical behaviour tends to threaten one’s reputation, people will especially have stronger incentives to behave in ethically acceptable ways. And it’s not only about individuals! Organizations also have much more weighty reasons to behave ethically in a reputation economy.

Therefore, a reputation economy would make the world more ethical! How surprising is that? 😉

What is the mission of the REPDEV Network?

The main mission of the REPDEV Network can be summarized in one simple sentence:

The REPDEV Network has the mission of establishing a flourishing reputation economy ecosystem!

This main mission can be subdivided into several missions related to different areas of activity:

The REPDEV Network has its areas of activity in its name: Promotion, Development, Exploration, and Vitalization.

Once a reputation economy exists, no matter on what scale, it can and should be explored, researched, and experimented with. Questions like the following need to be answered:

If you are already convinced by the idea of the REPDEV Network, you can join the Fractal Future Forum and discuss in the REPDEV Network category about everything that you have in mind regarding that network or related ideas.

Otherwise, please stay tuned for the next parts of this blog post series. They will explain the initial strategy and operation principles of the REPDEV Network.

You can continue with part 2, The REPDEV Network Eco Transformation Strategy.