A Typology of Post-Singularity Minds 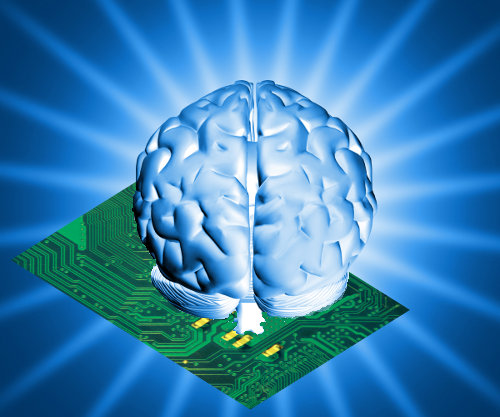 How might the far future look like? That’s a question that’s intriguing me quite a lot. Science fiction movies and TV series might present some interesting ideas and concepts, but there’s certainly more to the future than such media can show. Some science fiction novels do present some plausible and fascinating scenarios. I’m most interested in visions that involve artificial general intelligence (strong AI) or vastly augmented human minds. Some of the most thought-provoking novels are:

The Golden Age actually introduces different mind-types that are based on reconfigurations of human neurobiology. Alone the ingenious classification of post-human minds is a compelling reason to read that trilogy.

Anyway, I’m having a more general typology of post-Singularity minds in mind. In 2010 I’ve presented my first classification on my old blog. In that post I differentiated between four types of minds, called

Most recent reflections made it clear to me that this classification is too simple. My updated typology uses two different dimensions in which minds can greatly differ from each other: Hedonic type and functional type. While the hedonic type defines how a mind’s internal motivation structure looks like, the functional type determines which tasks that mind is optimized for.

A Framework for Thinking about Motivation

An interesting insight is quoted in the Psychology Today article When We Want Something More Although We Like it Less:

“liking is mediated by opioid systems and primary sensory and valuation regions, whereas wanting is encoded by midbrain dopamine activity in efferent regions such as nucleus accumbens”.

Reflecting on this psychological fact, I wondered what we actually mean when we talk about “preferences”. This is anything but clear. When we prefer A, do we want A, like A, or think A would be good for us? Usually we don’t make such fine distinctions when we think about preferences. For the sake of simplicity, I just define preferences as “thinking it would be good”. Preferences are mental phenomena and not necessarily loaded with emotions. That’s not an official definition, but only my private terminology for talking about motivation.

So, we have at least three different motivational subsystems: Liking, wanting (which I will also refer to as “desire”), and preferring. The liking system only has the role of providing hedonic (“happiness”) feedback about a specific perception, and thus is a rather passive subsystem. Desire, on the other hand, actually motivates us to get active. Finally, preferences behave passively again, because the sole thought that something is good doesn’t automatically translate to working towards the desired thing (otherwise we would do much more sports). So far, we have two emotional phenomena, which are passive, respectively active, and a single passive mental phenomenon. Is there an active mental phenomenon?

Yes, there is. Due to the lack of a better term for it, I will just call it “will“. After all, there’s the concept of willpower, which is basically the ability to follow through mentally preferred actions in spite of emotional resistance. Does our will encompass pursuing all our preferences? Usually not, because it’s quite possible to prefer being the president of the United States sometime in the future, but not working towards actually becoming the next president. The fulfillment of some preferences is just too unlikely, or just not important enough to justify a real will.

In the end, our actions are motivated by our will and our desires. Of course, how our will and our desires look like in reality is strongly influenced by our preferences and “liking”. The latter phenomena are usually the origin of the first ones. We desire something, because we already liked it in the past. We pursue goals, because we once preferred the results of reaching those goals. But once will, goals, and desires are in place, their original motivation is not necessary anymore (even though it might be quite helpful). Will and desires can become habitual and detached from their actual utility for us. Of course, there are good habits, so that’s not necessarily a bad thing.

Now, to get back to post-human minds and their hedonic type, let’s consider what would happen, if we modify the “liking” subsystem somehow. It is reasonable to expect that post-human beings can change their liking subsystem at will. But why would they do that? After all, manipulating your own motivation system is really dangerous, and a rather unusual step anyway. Without considering whether we actually desire having a different hedonic setup, it is clear that we can have preferences about what we “should” like and how much. After all, often it would be quite convenient to like work, writing, sports, or learning much more (and “time-wasting” activities much less) than we actually do.

You can bet that once the technology exists to safely and effectively change your own hedonic configuration, many people would in fact make use of it. How far would they go? Surely, many of us would prefer to be happier in general. But how much more happier? Perhaps there’s even the technology to reach superhuman levels of happiness. Probably, a modification of the hedonic evaluation system could be made in such a way, that the other motivation subsystems are not directly affected. Even though you like something much more, you won’t necessarily desire or prefer it much more. That’s especially true if you just raise your hedonic set-point without making more detailed changes. You would be happier without necessarily becoming reckless, crazy or simply less productive.

What goes for liking could also go for disliking. You could just stop disliking something, without changing your attitude towards it. Is it really so great to dislike “bad weather”? What’s the actual use of that? In The Hedonic Imperative the philosopher David Pearce goes even much farther and suggests that beings could only be motivated by gradients of bliss. It would certainly be a huge challenge to design such a motivational systems so that sane behavior results from it, but if the hedonic system becomes more of less decoupled from the other motivational subsystems, it looks like a definite possibility.

And if that really works out well, why not go to the absolute limits and simply change your happiness level to maximum uniformly all the time? In such a case, the hedonic subsystem is of no use whatsoever for determining your motivation. If everything looks equally great, you can’t take “liking” as criterion for determining your actions. Only preferences, desires, and your will would remain as effective components of your motivation.

One of my first objections such such an extreme setup was that your preferences, desires, and your will could become “fixed” and won’t change over time. Well, hedonic feedback is quite important, but after a while I realized that there are certainly other meaningful criteria you can use to update your preferences (and consequently through technological means your desires). For example, you could set up some core principles for yourself, and adapt your preferences so that they stay as close to those principles as possible. Meaningful core principles could be altruism, the pursuit of truth, simplicity (keeping everything as simple as possible, but as complex as necessary), or minimizing internal conflicts.

Interestingly, this insight suggests that the setup of a hedonic system has to do with efficiency. Using different gradients of bliss would be more efficient than staying at maximum bliss (or simply shutting down the “liking” system altogether). Unfortunately these considerations also make it quite reasonable to expect that beings which are also motivated by negative hedonic feedback can do a lot of tasks more efficiently than beings without negative feelings.

With all of this background, each of the following hedonic types would make sense in some way:

Note that this classification is actually not complete. The types I listed are just the types that are “reasonable”.

This actually might look like a caste system, but I really just see it as “societal function” system. Changing your functional type might be very well possible. Perhaps you want to try all of those different “lifestyles” sequentially. Or you could try to be everything at the same time, though by definition that would rather put you into the category of universal minds again.

Also, this classification doesn’t necessarily imply a hierarchic relations of the different types to each other. Every type simply has different tasks. You might expect that a situation in which integrators have the most power and utility minds the least power looks plausible, and I wouldn’t really disagree. But since the minds in the far future could vastly differ in size, it is also not hard to imagine that there are extremely powerful utility and universal minds, as well as almost irrelevant integrators.

In principle, the two different type dimensions are independent. Every type combination exists, though some may be more common than others. The hedonic type on a mind can be modified without changing the functional type, and vice versa. A practical way of writing down a compound type would be “functional type” (without the “mind”) “short form of hedonic type”, so a mind can be for example a:

Even if my current typology is far off the mark and in reality future minds would look completely different, these ideas are certainly worth thinking about. And they might provide an interesting basis for fascinating science-fiction stories.

Any thoughts? What are your favorite types? Which ones would you like to try out for an extended period of time? Do you perhaps have a completely different typology in mind which you would like to propose as alternative?